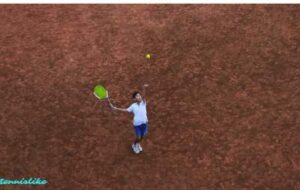 Tennis is one of the most watched and played sports in the world. Nearly 87 million people around the world play tennis that belong to almost 1.17% of the world’s population. However, do you know walkovers in tennis are one of the major causes for which a player can win a match without competition? If not, then this article is for you.

Almost all people are aware of the reasons for why a player can lose a tennis match. But there are a few people who actually know about walkovers in tennis. Knowing this may not make you a good player but when you go for an international tournament, you can lose the match without any competition due to the lack of knowledge regarding walkovers.

Therefore, in this article, I will discuss what is a walkover in tennis comprehensively. Along with this, I have combined some FAQs and other relevant topics that might a player need to know. So, keep reading this article.

WHAT IS WALKOVER IN TENNIS?

Like other sports, tennis is also regulated by a number of rules and regulations. All the players have to obey these rules. The purpose is to maintain transparency in the tennis matches.  WALKOVER is such a rule in tennis.

Walkover simply means when a player wins a tennis match without any contest. A walkover win makes two points for the winner.  Walkover can take place for the following reasons:

Who wins the match?

A player who has cancelled the match is the loser of the game and vice-versa. The reason is very simple that tennis has its own rules, and everyone must respect those rules. Other players have tried very hard to win the match. So, whenever a player rejects a match, it makes the other player upset. Therefore, the result goes in that way.  The authority also does it to show respect to the rules.

However, the winner is titled “won by walkover.”  For example, Naomi Osaka had to refuse the Western & Southern Open final in august, 2020, because of severe injury. At that time, the authority declared her opponent Belarus’s Victoria Azarenka as “champion by walkover.”

How the Walkover Rule Benefits Players

There are several ways by which walkover benefits the players.

What Is the dissimilarity Between a Walkover and a Default?

However, a walkover is not the only non- conventional way to win a tennis tournament. Walkover, default and retirement are all possible ways a player might win a game without contesting it through. However, the distinction between a walkover and a default rests in who starts off the action.

A walkover takes place when a player suspends a match due to ill-ness, personal reasons, injury during warm up session, or being late for 30 minutes of the allocated time. For example, if a player wants to end up a match quickly since he has another match to join or to go home early due to personal reasons.

On the other hand, a default comes up when the administration itself rejects a player to attend a match because of the violation of rules by a player. For instance, US Open match authority defaulted to Novak Djokovic in the fourth-round match for striking the line judge with a ball and he had to face penalties for this.

Suggestion for winning a tennis game and to avoid walkover:

There are some basic tips that a player can follow to win a match and to avoid walkovers. These may include:

Proper training: Remember one thing, your opponent is also trying hard to throw you out of the box. Therefore, proper training is important to conquer the match. Try to use the best equipment during your training session to get used to with that equipment such as best tennis balls, Best tennis overgrip, Best tennis shoes for wide feet, best tennis backpack, etc. Because ultimately you will use these things while playing.

Don’t be late: being late is another reason for walkovers. So don’t do anything that will make you late in the match. Try to organize the stuff that you will need during the match before the day of your match. A wholesome tennis backpack can help you in a big way in this regard. However, nike-court-tennis-backpack is considered as one of the best tennis backpacks by world-famous tennis players. We highly recommend using nike-court-tennis-backpack as your best tennis backpack.

Walkover doesn’t assign a player as guilty. There can be several legitimate reasons for what a match can get cancelled. Tennis follows the rule of walkover to facilitate the smooth management of different tennis leagues, to support the respectful program and offer a result when a player suspends a match at sudden declaration. So that the opponent gets little chance to attend another match.

When a player wins a match through a walkover, that player wins 2 points. However, there is another thing to mention that, if a player is taking part in a non-prolonged set up federations where both players acquire a point for finalizing the match, there a player doesn’t accept any extra point!

The rule is that both players will share the cost of the court as the court was reserved for both of them. But sometimes, the player who has cancelled the match wants to recompense for the court.

Though tennis is one of the most popular sports around the world. There are some rules of tennis that are little known by the people. Walkover is such a rule.

In this article, I have tried my best to provide a detail about what is walkover in Tennis and other relevant topics about it. I now hope you know this rule and have found this article useful.

how much does it cost to restring a tennis racket

how many tennis balls can you fit into a limousine

how long does it take to learn tennis

what is a walkover in tennis